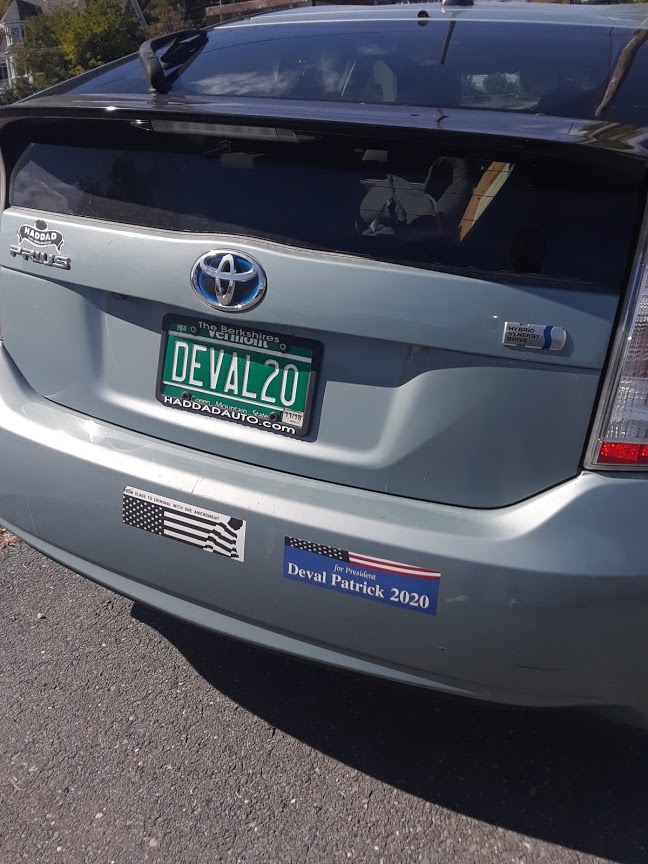 by Matt Powers and Tim Zehr

With the departure of many candidates from the 2020 presidential race, the questions regarding most of the drop-outs are what the hell went wrong, why did they enter the race in the first place, and did they really think they had a chance of winning or did they just want clout? In the case of Deval Patrick, all of these questions apply, as his campaign lasted for less than three months, which is essentially as short-lived of a campaign as you can come by. Even Deval, himself, recognized that his presidential bid was a shot in the dark when he said that his campaign was a “Hail Mary from two stadiums over.” With Patrick’s 2020 presidential campaign now behind him, the only thing left for us to do is eviscerate his campaign, or lack thereof.

Deval Patrick, with what some would call the bravery of a lion and what others would call misplaced optimism, entered the already enormous field of Democratic presidential candidates on November 14, 2019. While some candidates enter the race in order to obtain media attention, Governor Patrick explicitly denied this by claiming that he did not enter the race in order to get his name out into the public or to position himself for “some other office at some other time,” but rather to actually make a run for president. Patrick had contemplated entering into the race in early 2019 but his wife was tragically diagnosed with cancer; he only decided to enter into the race in November when she was thankfully declared cancer free. Governor Patrick also contacted his longtime friend, President Barack Obama, a day before entering into the race. Both Patrick and Obama have close ties to Chicago, and their close relationship likely gave Patrick comfort in entering the race.

On one of the bigger issues in the 2020 race(healthcare), Patrick said that he was not in favor of “Medicare for all” but that he was in favor of a public option, which is a more moderate stance compared to other candidates like Sanders and Warren. Patrick’s campaign was targeted toward the moderate electorate as he was trying to offer an alternative to the more prominent moderate candidates, Buttigieg and Biden. Additionally, he was hoping to carry some weight among minority voters, particularly black voters, which is a demographic that Biden traditionally appeals to. His central message to the electorate was that other candidates only have plans, while he has results, such as his effectiveness as Governor of Massachusetts in tackling issues like climate change and affordable health care. Patrick also wanted to appeal to the majority of voters by explicitly coming out against the concentration of money in politics and political corruption, such as partisan gerrymandering.

After entering into the race extremely late, Deval attempted to sprint toward the nomination rather than running a marathon. His primary focus was on the early states of New Hampshire and South Carolina. Coming from Massachusetts, a neighboring state to New Hampshire, Patrick was hopeful that his respect in Massachusetts would translate into a great turnout for him in the Granite state.

Furthermore, as a minority candidate, South Carolina had a broad appeal to Patrick, as a large portion of their electorate is minority voters, particularly black voters. Ultimately, Governor Patrick’s valiant attempt fell short for several reasons, but on the bright side, his effort and integrity cannot be challenged.

In terms of the Democratic nomination, specifically the current road that features Iowa and New Hampshire as its first two stops, presidential hopefuls are required to be strong in three regards: financial backing, organization, and plain old shaking hands and kissing babies. While easier said than done, failing in these three areas is a sure-fire way to find your name off of the ticket.

Financially, Deval found himself in an interesting position compared to his Democratic opponents due to his fashionably late entry to the party. Patrick entered the race primarily funded by his “Reasons to Believe PAC” which helped get his operation off the ground, seeing as he had to fund everything from office space to the computers staffers would use.

But perhaps the biggest financial blow to Patrick’s campaign was his lack of individual donors. Deval’s campaign was not broke, reporting fundraising numbers similar to other low level contenders. However, six donors making up for $620,000 is not an effective means of reaching the DNC’s requirements for the December debate, where Deval needed to introduce himself to the national audience in order to have a chance at winning the nomination.

In terms of organization, Deval Patrick’s campaign left much to be desired. While it is not difficult to imagine why a campaign being strung together on the fly underwent hiccups, certain stories emerging about the disorder within Patrick’s team did not exactly scream “future president” to many voters. One of the most notable headlines that emerged in the week following his campaign launch was based on a campaign event at Morehouse College in which only two people attended.

While one could speak in length to the lack of organization in Duval’s campaign, former New Hampshire Chief Justice John Broderick summarized it best saying “He’s not going to be on the debate stage, most probably. It’s pretty damn difficult.”

Finally, the campaign trail is perhaps best known to many as a series of events where the candidate comes face to face with potential voters. This is perhaps one of the strongest aspects of Patrick as a candidate as his “rags to riches” story of his upbringing in the South side of Chicago and personability are strong traits for a candidate. However, his lack of fortitude in both financial backing and organization put him at quite the disadvantage in an age where media coverage requires those two aspects of a campaign to be strong. Deval would go on to receive less than 0.5% of the vote in the New Hampshire primaries and drop out on February 12th.

Deval Patrick, by means of incredibly unfortunate circumstance, was placed in a position where his only chance at the presidency was an eleventh hour longshot campaign. Patrick attempted to piece together a campaign with a shallow war chest, organized by the scraps of other failed campaigns. In the end, the former Massachusetts governor will go down as just a footnote in the story of the 2020 primaries and a collector’s item bumper sticker.