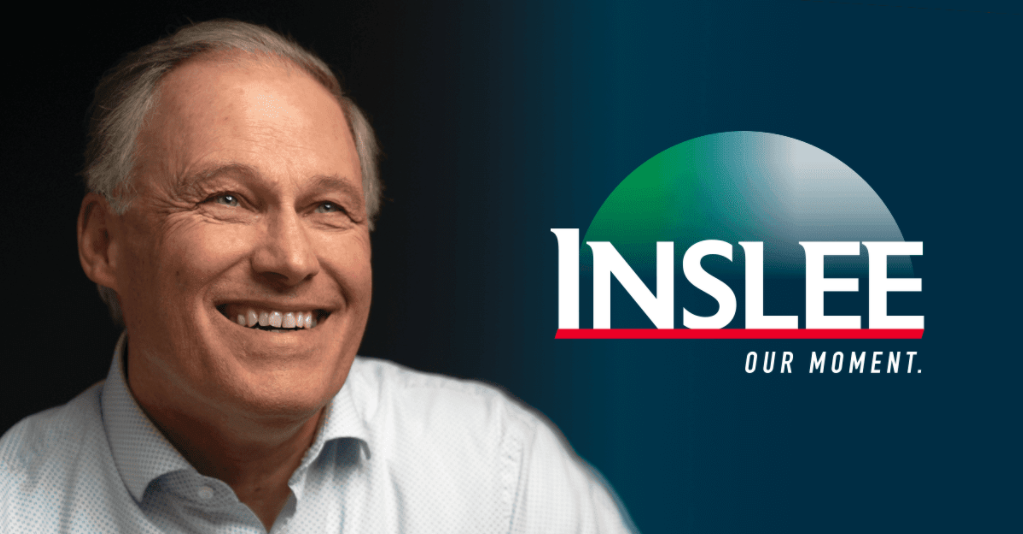 by Sami DeRagon and Sam Hearn

Jay Inslee kicked off his Presidential Campaign on March 1, 2019. Prior to running for President, Jay Inslee was not a name that a lot of people knew and, honestly, now that his campaign is over, he’s still far from a household name.

Jay Inslee has what seems to be the perfect resume and ability to connect with voters for someone who successfully runs for President. He spent his first year of college at Stanford University but had to transfer out after not being able to afford it. He finished his degree in economics at the University of Washington and got his JD from Willamette University. He then practiced law and was a city prosecutor.

The first political cause in which he was involved, and ultimately launched his political career with, was a fight to build a high school in the area that he lived. His involvement sparked a successful run for the Washington State Legislature, then a career in Congress, and to become the Governor of the State of Washington.

So why didn’t he make it past August of 2019? Governor Inslee entered the race for the presidency in near entirety because of his conviction to raise awareness about the issue of climate change. While he did have a variety of other issues he campaigned on and addressed such as gun control, immigration, and healthcare, it was his signature plan to combat the climate crisis that allowed for him to stand apart from his opponents. This plan has been called, ‘the gold standard’ by Representative Alexandria Ocasio-Cortez, and “…by far the most ambitious and thoughtful road map to solving the crisis that has ever been put forward by a presidential candidate,” according to Rolling Stone Magazine. However, it might have been this conviction to combat the climate crisis that ultimately led to him ending his presidential campaign.

For 2020 Democrats, no matter how you slice the electorate, one thing has been on the mind of nearly every voter when it comes to the race – can he/she beat Donald Trump. With this being the key issue for most voters, it acts almost as a ‘litmus test’ leaving little oxygen in the room for any other issues to rise and become the most important priority of the electorate; like climate change.

Throughout the campaign, Governor Inslee’s national average went as high as 0.2% according to the compilation of national polls by the website Real Clear Politics as reported by The Washington Post. However, Inslee did make the first two debates where he continued to advocate for climate action. The issue, however, didn’t really allow for him to stand too far apart from his opponents. This is primarily due to the fact that every candidate wanted to combat climate change to a varying degree, and the debates being dominated by other issues such as beating Trump, Trump’s policies, immigration, and Medicare-for-All.

One issue that Governor Inslee could have talked about more that he didn’t was education reform and more specifically working to make college more affordable. He had felt the pressure of trying to afford college first hand and was forced to transfer out of Stanford because he couldn’t afford it. He took a moderate stance on dealing with the student debt crisis. He saw reforms within the current student-loan forgiveness program. He also planned to take a green spin on his education plan, providing federal funding to districts that are working to decrease their carbon footprint. He also wanted to invest in the climate leaders of tomorrow by supporting Universal Pre-K and focusing on promoting work in STEM fields for K-12 schools and Historically Black Colleges and Universities.

Unlike Senator Warren and Senator Sanders, Governor Inslee was not in favor of free tuition for public colleges and universities. A more liberal stance on this issue could have made him a candidate for those democrats who are in the lane between the progressives and the moderates.

Realizing that he was not gaining traction with voters and his fundraising being dwarfed by his opponent’s, Inslee bowed out of the presidential race on August 21st and ultimately decided to run for governor of Washington state just hours later. He will continue to prioritize Climate Policy as well as focusing on drug reform and education. However, the governor did not fail in his attempt to keep the climate crisis as one of voter’s top priorities. There was also an attempt to have the Democratic National Committee (DNC) hold and facilitate a climate debate, but they ultimately rejected it by the committee. Inslee’s efforts did help to kick off a chain of events that led to the eventual primetime CNN town hall focused on the climate crisis.Even though he isn’t there to impact the 2020 race, his gold-standard plan for addressing the climate crisis isn’t going anywhere. Elizabeth Warren met with Inslee after his campaign ended and has since embraced his ideas into her plan to fight climate change. The Governor’s impact doesn’t stop there. He set the standard for what climate policy should look like for Democrats running in 2020 in terms of depth and rigor.